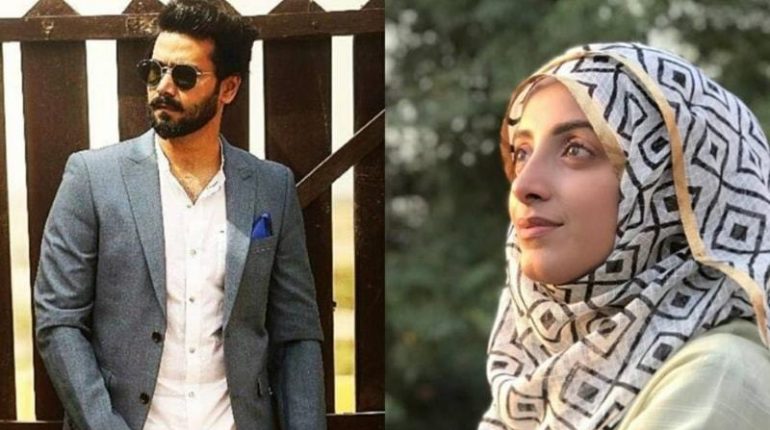 Ali Abbas And Sanam Chaudhry Pair Up For A Political Thriller Drama Noor Bibi, The drama industry is at such a wonderful stage this year due to experimenting with various topics that truth of the matter is that every channel has something new and exciting to offer every day. With more plays being shot even in this intense heat, one play which has caught our attention is the Sanam Chaudhry and Ali Abbas starrer Noor Bibi which will also see film actress Resham playing the lead role. So what is it about? Well to know more we got in touch with two of its stars, Sanam and Ali, and this is what they shared with us.

With the fans loving them in Ghar Titli Ka Par we for one are really excited to see they back together once again in a play which has us quite intrigued.

A political thriller, Noor Bibi is being shot in Lahore and besides the trio it will also star Gohar Rasheed, Usman Peerzada, Saniya Shamshad and Zaib Chaudhry to name a few.

But with us wanting to know a bit about Sanam’s character and why she said yes to it, this is what she told us,

“I found my character very challenging as it has a lot of spiritual growth and I have never done anything like this before. This is a girl who has God by her side guiding her every step of the way.”

With him playing a protagonist, Ali told us a bit about his character called Shahaan Shah too,

“He is the only son of Noor Bibi who is quite arrogant but is a good soul and in some situations (which I can’t tell at the moment ) he takes responsibility of the female protagonist played by Sanam. He is also a strong man but despite that he is under too much influence of Noor Bibi.”

Noor Bibi as we said above is being played by Resham so what was it like working with her?

“She is a superstar and working with her has been an awesome experience as she is a complete professional and a comfortable co-actor.”

With Noor Bibi looking quite intense, we for one can’t wait to watch it soon!