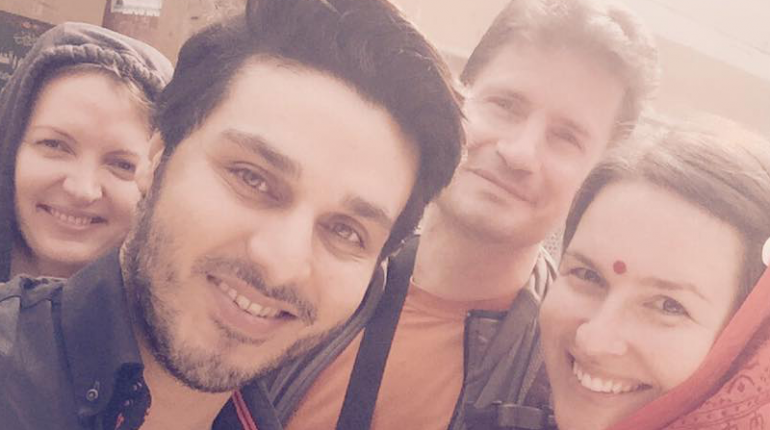 Recently, our famous actor Ahsan Khan visited India for the shooting of an Indian film ‘Mohabbat Ki Akhri Kahaani’. Besides a movie, Ahsan Khan also signed up to host a musical show in India.

He visited Indian cities Delhi, Agra and Jaipur. He also visited the Taj Mahal. Instead booking a car or taxi, Ahsan travelled on a typical horse carriage in India. He took so many gifts for her family before returning to Pakistan.

I am sure that you are excited to see Ahsan Khan’s tour pictures in India. So here are the photos: