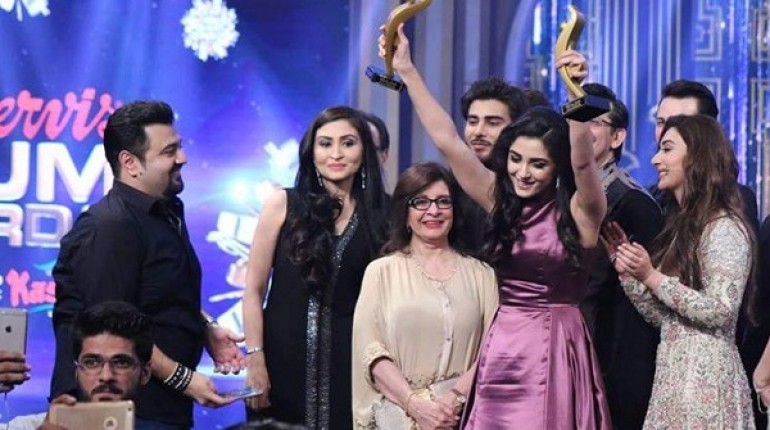 Hum TV Awards were recently held in Karachi. We have seen some precious moments this awards season, but on the other hand, there were some very worst moments as well.

1). The star-studded event was announced to get started at 9:20 pm, but due to disorganisation, it started two hours later at 11:20 pm.

2). When Nadia Hussain took the stage to announce the award for the best male model, the mic was not working. No, any helper came on the stage to give her a new mic. Such an embarrassing moment!

3). Although every star gave their best dance performances, the strange fact was that all the dance numbers were on Bollywood songs. We have hardly seen any Bollywood Awards Event where they have performed item numbers on Pakistani songs but the night Hum TV is celebrating the talent of the Pakistani industry; it seems very strange that they haven’t played any Lollywood song.

4). Many celebrities and VIP guests were seen leaving the event due to poor seating arrangements. Head of Huawei, Faraz Khan, and, singer Umair Jaswal, left the event because the ushers didn’t know where to seat them.